The Lair of the Wolf

Thoughts on the Philippines, journalism, history, and other things.

What’s in the Lair?

"To look into the eyes of a wolf is to see your own soul - hope you like what you see." - Aldo Leopold

These are thoughts on issues in journalism, Philippine politics, history, society, human rights and international affairs. Don't take them seriously as they are mere attempts at supposedly online profundity. 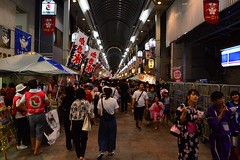 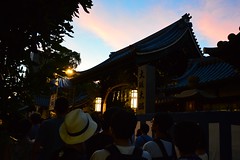 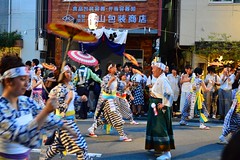 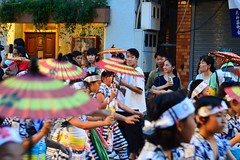 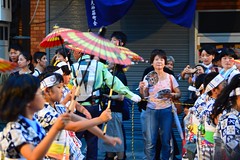 Scars from past struggles

Oscar A. Romero, The Violence of Love

Based on a March 2019 report of child rights group Save The Children Philippines, continued hostilities in five conflict areas in Mindanao have displaced 76,383 children.

Read in full on ABS-CBN News.

By 2050 the world’s population is expected to reach 9.8 billion. Nearly 70 percent of this booming population—6.7 billion people— is projected to live in urban areas.

Read in full at the National Geographic

A judge ruled that a newspaper, like any employer, has “a duty to take reasonable care against the risk of foreseeable injury, including foreseeable psychiatric injury,” to its staff. Will the threat of lawsuits push newsrooms to provide more support to journalists?

Historically, the idea of journalists suing their employers for occupational PTSD was unheard of. Newsroom culture dictated that journalists did whatever was asked of them, including intrusions on grieving relatives. Doing this sort of work was intrinsic to the so-called “school of hard knocks,” part of the initiation process for rookie journalists.

The academic literature shows that newsroom culture has been a key contributor to the problem of journalists feeling unable to express concerns about covering traumatic events for fear of appearing weak and unsuited to the job.

Read in full at NiemanLab

Roman Catholics commemorated Ash Wednesday on March 6 this year. And like other countries with a significant following (a huge one in our case in the Philippines), many of the flock trooped to the cathedrals, churches, and chapels to recall how we all come from dust, and to dust we will return (Genesis 3:19).

More than signifying the start of the Lenten season, I view Ash Wednesday as an opportunity to reflect on the transience of life, on how all despite all the value we have placed on ourselves while living, all our vanities, our aspirations, our successes and defeats, our friendships and quarrels, our material accumulation or the lack thereof, we all end up as nothing but dust.

It is easy to take for granted how life is short for most of us. And how in one moment we are enjoying some time with family and friends, then by the next day, we are gone, passing away in our sleep. For some, the end could come more tragic by being in an accident, a robbery gone wrong, being tagged as a drug suspect who would later be accused as ‘nanlaban‘, or simply slipping on the bathroom tiles and hitting the head against the wall or floor. All these incidents can occur suddenly and without warning. And before we know it, we are no longer in this world. END_OF_DOCUMENT_TOKEN_TO_BE_REPLACED

I was having my haircut a couple of weeks ago when one of the barbers in the shop had to leave to pay off his monthly dues for his motorcycle. And as he was leaving the barber trimming my hair said to him: Yayaon ka muna? Sige, yumaon ka na (You’re leaving? Okay, you may leave). While that sounded normal when translated to English, it certainly sounded strange in Tagalog. And then he said: Di ba sa Batangas, yun naman yung ginagamit minsan: yumaon (Isn’t it that the word you use in Batangas sometimes: yumaon)?

As someone though who used to write Tagalog news reports, the word yumaon or yumao quickly means one thing to my mind: death. But I guess he was just playing dark humor with a dialect which was not even his own, being that, as far as I know, he is Bicolano (well, at least that’s what he told me).

And then I remembered, we also have a similar word in Cebuano: panao or panaw – which can mean to walk, leave, depart, and even death. And this was a word even used by the farmers from Sumilao, Bukidnon when they renewed their campaign to reclaim their land in 2008. They called their group Panaw Sumilao or Sumilao Walk (or March) in English, the name of their 2007 campaign of walking from their hometown to Malacanang in Manila (the advocacy where my wife and I met).

But referring to death as a departure, or the interchangeability of the words for such things may not be something limited to the Filipino languages. Having seen the 2008 Japanese movie Departures, I can say that the movie also makes a good depiction of how the words in Nihongo for preparing the dead can also refer to death as a journey to a place beyond the reach of the living. END_OF_DOCUMENT_TOKEN_TO_BE_REPLACED

After viewing the Yamaboko Junko or procession of the floats in Kyoto’s Gion Matsuri, my wife and I had to make our way to Osaka since we wanted to catch the start of the festivities for the Tenjin Matsuri on July 24.

Tracing its roots to 951AD, the Tenjin Matsuri is a festival held in Osaka every July 24 and 25. It is celebrated in honor of the deity of learning, Sugawara no Michizane. Considered also as the Festival of the Gods, it has become one of Japan’s most attended annual events. This clip is a compilation of some of the videos and photos taken during those couple of days.

After we arrived at the city, and leaving our baggage at the hotel, we quickly walked to Tenjinbashisuji, since it was already late in the afternoon. We were still able to catch the street dancing which is usually done after the ritual at the Tenmangu Shrine and the Okawa River. END_OF_DOCUMENT_TOKEN_TO_BE_REPLACED

Over the weekend, my brother posted a photo of a hallway in the grade school or elementary campus of the university we graduated from. For the casual viewer it looked like the average corridor of a school, with classrooms lining up either side and a wall with some ventilation slats at the end and a combination of sorting trash bins. But for us who have spent years in the campus, they evoke childhood memories of innocence, heart aches, victories, defeat, happiness, sorrows and a life much simpler.

That particular floor, the third floor of the main building, reminded me of a time during fourth grade when we had to rush out of our classroom when an earthquake started shaking the building. All of us rushed to get to the ground floor and the open quadrangle that many left without wearing their shoes – which we had to leave outside our classrooms for slippers we can use while inside.

Another memory was of me and several classmates, also in fourth grade, who got punished in art class for being very talkative. To make us stop, we were asked to squat with arms raised forward in front of everyone. And seeing that this was not enough, our teacher stacked art notebooks on our arms. When these fell off, he got so furious. He then asked us to crawl under the tables in the classroom, which were linked together in a big ‘U’ shape where the whole section sat. We did as told while grinning, laughing off the whole experience – which only left our teacher seething with anger. END_OF_DOCUMENT_TOKEN_TO_BE_REPLACED

It’s been a couple of months since my wife and I visited Kyoto for the Gion Matsuri. And during our time there, I tried to capture some of the scenes and events we witnessed.

The Gion Matsuri is one of Japan’s oldest festivals. It is considered to have started in 869 AD as a purification ritual against fires, earthquakes and other disasters. It was also used when plagues occurred. END_OF_DOCUMENT_TOKEN_TO_BE_REPLACED

The real choice we all face is not what to buy, whether to fly or whether to have children but whether we are willing to commit to living ethically in a broken world, a world in which human beings are dependent for collective survival on a kind of ecological grace. There is no utopia, no Planet B, no salvation, no escape. We’re all stuck here together. And living in that world, the only world there is, means giving up any claims to innocence or moral purity, since to live at all means to cause suffering.

Living ethically means understanding that our actions have consequences, taking responsibility for how those consequences ripple out across the web of life in which each of us is irrevocably enmeshed and working every day to ease what suffering we can. Living ethically means limiting our desires, respecting the deep interdependence of all things in nature and honoring the fact that our existence on this planet is a gift that comes from nowhere and may be taken back at any time.

I can’t protect my daughter from the future and I can’t even promise her a better life. All I can do is teach her: teach her how to care, how to be kind and how to live within the limits of nature’s grace. I can teach her to be tough but resilient, adaptable and prudent, because she’s going to have to struggle for what she needs. But I also need to teach her to fight for what’s right, because none of us is in this alone. I need to teach her that all things die, even her and me and her mother and the world we know, but that coming to terms with this difficult truth is the beginning of wisdom.

Roy Scranton, Raising My Child in a Doomed World, The Stone, The New York Times, 16 July 2018